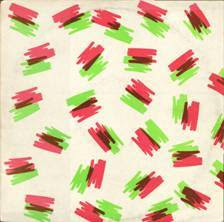 Most people will know XTC from some of their commercial hits like "Making Plans For Nigel". This a different and in my opinion a much better XTC.

3D Ep was their first single (released on 7" and 12" - mine is the 12" copy -lots of scans again). When I first heard "Science Friction" I was blown away, a brilliant song which hooks you instantly. The other two tracks are pretty good as well.

They did release a decent debut album and one other single before they become too poppy for me. 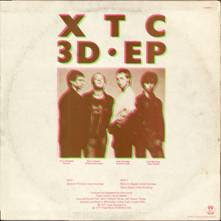 If you like then try out their first album:

"They did release a decent debut album and one other single before they become too poppy for me..."

Hi anon thanks for the comment, Glad to make you laugh. Its funny now reading it, it does sound a bit naff, I knock them out and never really check them. For what its worth I think their first album is outstanding and from then on they were a bit too poppy fop me