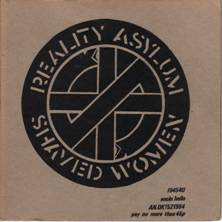 I posted this not because I think it's their best (it isn't, they produced much better songs than this) but for four other reasons:

1. The story behind the release of this single is a good one. it is a small piece of the history of punk
2. It is the debut single for 'Crass' 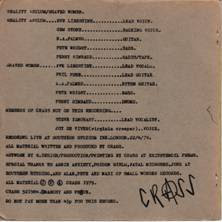 3. The b-side 'Shaved Women' does not appear to be readily available
4. When we lived in 'Brixton' we went to see 'Crass' and afterwards everyone kept screaming out "Shaved Women Collaborator" (listen to the download and you will understand) which at the time drove me mad, but now it has fond memories. 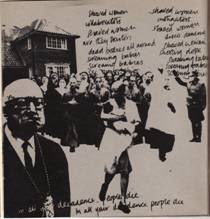 So the story behind the single is a s follows: Crass were releasing their first 12" EP (really an album in my opinion - 18 tracks) 'Feeding of The 5000' on 'Small Wonder Records'. When the master arrived at the pressing plant the workers downed their tools refusing to press it unless the opening 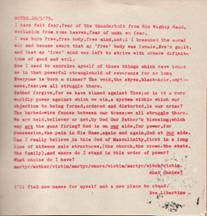 track 'Reality Asylum' was removed. The track was removed and was replaced with a track consisting of silence called and sarcastically called 'The Freedom Of Speech'. My copy of 'Feeding the 5000' still has the silent track but unfortunately (I personally feel the history of this album should have been maintained 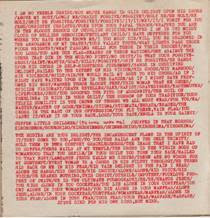 and the track added as an extra track) the re-release has returned it to the original planed state.

At the time 'Crass' self released the single (which is posted here), there was a lot of fuss at the time, but now you can decide (I have included some high resolution scans of the 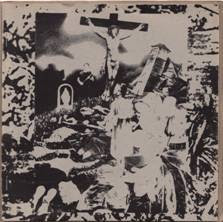 internal covers - with lyrics of Reality Asylum). The single was first released in a cardboard, booklet type, stapled together (this is the version scanned here) and was later released as a fold out paper poster cover. Although the a-side is an important part of history, it's not for me, I prefer the b-side 'Shaved Women' but again you choose.


If you like this (and even if you don't) you should buy this (even though I should post a health warning this could offend some people - check out other site for more info):

I've got the fold-out poster version of this so it's nice to see the original. Thanks. And I have posted the original 5,000 on my L & D site.
Cheers mate!

nice one - as above if you want the original 'Feeding of the 5000' then get over to http://licentiousdissolute.blogspot.com/ or use the link in the sidebar

We used to live near the Crass commune in Brentwood Essex in the early 70's when they were just hippies and we were art students. A friend of mine knew Jerry Ratter (Penny Rimbaud) and we popped over to see them once or twice. They were usually out picking berries for strange concoctions they sold to shops in London or milking the goat!

Thanks for the single!