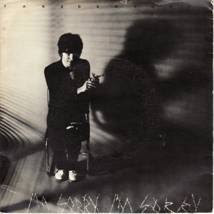 Another good single and another band incarnation from 'Brian James'. When I first bought this, I played it once, and thought that both sides were average, and just left it in a box of records. Then about a year later I was sorting out my record collection (I used to do this a lot, file by band name, then by label or by genre - I know very sad), and I played it again, and ever since then I have continued to play it. 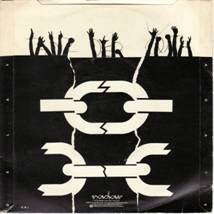 John peel session which I don't have - anyone out there got it?).

Some etching trivia on both sides of this one: The a-side has "Der Youthful Kut" and the b-side has "Max Wall Is the man" (I don't know what the second etching means, but for those of you who don't know, Max Wall was a comedian who used to wear black tights and big boots and do funny walks - I saw him in his later years supporting 'Ian Dury' and he was brilliant, so I agree).

I've been down in the basement looking through my cassette collection. I know I had the Peel-session. I'll continue looking for it later, I'll let you know if I find it.
Great upload.

Great single, it's a great shame he/they didn't record more. Lords Of The New Church was pretty cool, but this was so much more promising and forward-looking I think.

hey Robert and Hank you sound just like me, having to root through boxes in the loft trying to find stuff, I know I have somewhere.

Anyone have the writing credits for this single?

Hi anon, yep, but the record is back in the loft, so you will have to give me a couple of days to dig it out again.

Any special reason for you wanting to know this?

Anyone found the Peel sessions?

Hi Rooclick, yep I have them if I can't find the original source I will repost in the next week or two.

hello.. great blog!
please if you have some brian james peel songs or the single (a and b side!) "Why why why" or the Brian James and Brains single "Lying Again To Me /Death" please send me a message to giorgio.casali@hotmail.it

Hi Giorgio, thanks for the comment, I will post the John Peel stuff in the next couple of weeks. I will also have a look and see what wlse I have.