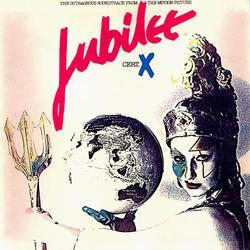 As promised from the earlier Adam and the Ants posting. Find his two classic contributions to Derek Jarmans strange film Jubilee. Adam Ant also starred in this film

The soundtrack has a few other highlights (although these two are the best), the Electric Chairs, Chelsea and my other two favorites by Suzi Pinns (Jordan) covering "Rule Britannia and the hymn "Jerusalem" in punk style.

In my opinion these two Ants tracks are the best that he officially published.

You can still buy this album so if you like these tracks then go and get:

Haven't heard this one in ages. Thanks!