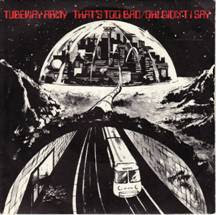 The first single from Gary Numan, in the form of Tubeway Army. When this came out we all thought it was punk, and we all loved it, same with the excellent second single "Bombers" (which I will post later).

Both sides of this single are brilliant. Most of you will know Gary Numan's later electronic material, if you didn't like it, do not be put off, this single is well worth a listen.

The cover for me is an indication of how ahead of his time he was, he clearly wanted to be making some kind of futuristic music (check out his name on the back cover - Valeriun!). Also check out how he was dressed. 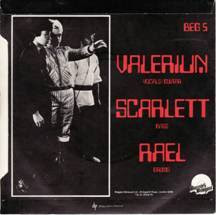 
His first album, originally called the blue album is also excellent. So if you like this then go and buy this remastered version

and also some interesting versions of early material on this one:

alright gary, tested a file this morning and everything seemed to be ok on divshare, did notice it hadn't updated downloads, but no looping going on. I dunno, I've been using 4shared at the moment for some stuff. Incase of problems.

Great blog you have here -- Thanks!

Hi again Altcerf, looks like you've been busy. Thanks for the compliment its much appreciated

Your blog is one of my favorites..I'm just getting into punk/post-punk right now and it's nice to see that you have a lot of these great bands out here..Keep up the good work!