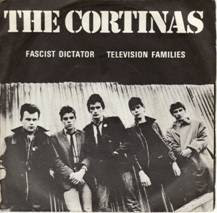 The first record released on the classic 'Step Forward' label was 'The Cortinas' single 'Fascist Dictator'. Another brilliant punk song from 1977, both sides are excellent, but for me the b-side 'Television Families' is my favourite.

When rock bands were releasing massive long guitar and drum solos, The Cortinas covered bass, drums and two guitars, with an excellent 2 second long solo for each one.

This was their first single, and they released one further single, and an album (which I have if anyone really likes this). 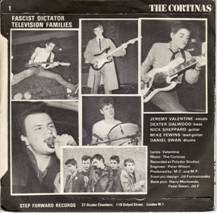 If you like this, then you can get this posting, their second single, Sham 69 and Fall stuff. So buy this now:

OK Geranium it will be on its way soon