The Depressions - Messing With Your Heart 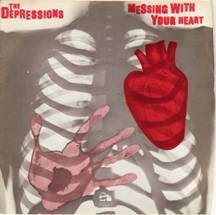 The Depressions, slow, mean and menacing, their second single, "Messing With Your Heart". For me far better than their first single "Living On Dream". In fact if you listen to the first single you would not class them as punk, but the second single definitely does. I guess this is why they were accused of jumping on the punk bandwagon. But hey who cares its a great song (and the b-side ain't too bad either).

I bought both singles but only ever play this one, and their album which you can only get secondhand. If you like this then leave a comment and I will post the album later on. 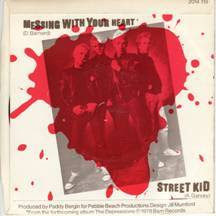 Ripped from glorious scratched vinyl
Posted by garychching at 11:47

Yes mate, one of my favourites from then, have lost the album after moving around far too much

Thanks to Mad Dave for introducing me to them in our shitty little bedsit ... RIP mate, gone but not forgotten

Hi Egg Foo Yung, thanks for the comment. I have been looking for the dp's album for ages, never actually heard it, I only had the singles.