The Electric Chairs - Stuck On You 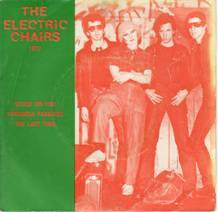 The Electric Chairs, fronted by Wayne (now known as Jayne) County, released a real mixture of songs, some real classics and some real average songs. This posting is the Electric Chairs debut release (I have had a request for their infamous second single Fuck Off - I will post this, I just have to go and find it first).

This release is typical of that, in my opinion "Stuck On You" and Paranoia Paradise" are good and "The Last Time" (a cover of a Rolling Stones classic) is average, I'm not sure if that's because it too long at 7:44 mins or if they just haven't covered it well enough. I am a fan of covers if they are done well, but this one doesn't work for me. But as usual I'll leave it to you to make up 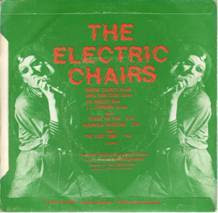 Gary! Cheers for the replys. Found the Jubilee soundtrack the other week with Paranoia Paradise, but wanted it for the ONLY version of Deutscher Girls. Will await the next single patiently!! Andy C.