Television Screen - The Radiators From Space 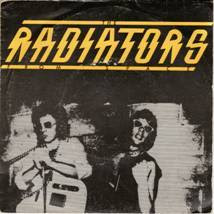 The first single from the "Radiators from space" and a classic it is. A different version, far tamer, is on their first album "TV Tube Heart" which as it is no longer available I will post at a later date.

The b-side is good as well, fast and short you won't be disappointed.

Phil Chevron was one of the founding members who later on went to join the Pogues. 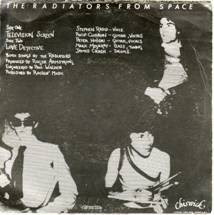 Nice little etching on this one: "Do Not Adjust Your Life Style"

Ripped from glorious scratched vinyl
Posted by garychching at 11:54