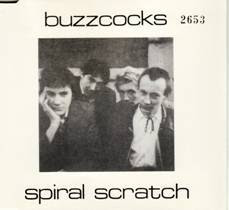 Most people should have this, but just in case here it is, just for you.

Howard Devoto on Vocals, I will post some of his classic Magazine material later on.

My favorite is definitely "Boredom" which typified punk attitude in the late seventies. If you listen to some of the excellent Buzzcock bootlegs, you can here Pe 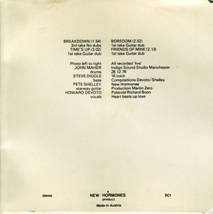 te Shelly (after Devoto left) introducing Boredom with "this is a song about being bored, its called boredom 1234 (in a really slow and out of pace style) which always makes me smile. If you haven't heard this then put a a comment and I will post a classic Buzzcocks bootleg.

Although Boredom is excellent, "Times Up" and "Breakdown" are a close second.

A little more etching trivia, the vinyl singles has two etchings one on each side, side a has "Eat The Beat" and side b has "Pulse out". Not sure what they mean but their first excelent album "Another Music In A Different 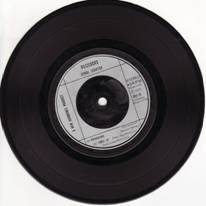 Kitchen" had one track called "Moving Away From The Pulsebeat" - could be a link.

If you like this then I recommend you do buy the Buzzcocks first album linked below, even though Devoto is not singing on it:

thank you so much

Thanks for posting this. In the US, these guys are not nearly as well known as the biggest names from that era - the Clash, the Police, Gang of Four, perhaps the Specials, and - oddly - UB40 and Joy Division. However, I think it's safe to say that the Buzzcocks are more widely known in the States than virtually any other band you could think of that came out of "England" (our term of choice for anything NXNW of Cherbourg) between 1977 and 1981: the Jam, XTC, Stiff Little Fingers, Mekons, the Damned, the Undertones etc. Not bad for a group that broke up before most people in the US had heard of them. The fact that "Singles Going Steady" was available on the vaguely new wave but major label-distributed IRS Records - later home to the Go Gos and REM - may have something to do with it. Still, beyond the singles, I think the Buzzcocks' story is a bit hazy over here, so I appreciate the opportunity to listen to this early work.

Aside from Pete Shelley's great introduction to Boredom, the song also boasts the world's most (deliberately) boring guitar solo, all two notes of it!
And of course it's mentioned by Orange Juice in "Rip It Up" - Edwyn Collins sings "... and my favourite song's entitled Boredom" complete with a version of the afore-mentioned guitar solo.
Wonderful!

Hi RPM (this comment is a bit late - a couple of years) I never saw this one on my alerts, so if you do pick this up apolgies.

Hi Disappeared (again) thanks for the comment and the extra info, always appreciated.