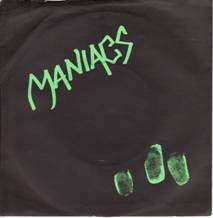 Another punk classic for you. This was the "Maniacs" one and only single. Apart from a couple of tracks on the "Live At the Vortex" album nothing more was released until these tracks were re-released in 2002 alongside 13 demo tracks, and in my opinion its pretty good (see bottom of posting)

This is a double a-side single of which both tracks are excellent, but "Chelsea 77" is the stand out track for me.

You will see on the back another one produced by Dave Goodman (see earlier posting). 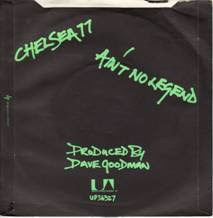 More etching trivia this one has "another porky prime cut" how many of these are there?, and on the other side "gotcha".

If you like this then go out and buy this:

Hi Andy, The album is worth a listen as well

We definitely have the same tastes, so I'll take you up on that. Andy C