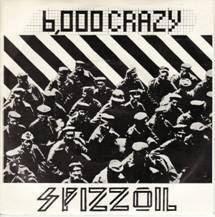 Spizz Oil - What a name for a band, where did that come from?

Before Jack and Meg Whites "the White Stripes", there was Spizz and Pete Petrols "Spizz Oil"

A two man band, with one guitar, and on one track a Kazoo (this must be the first ever punk record with a Kazoo solo - Listen to 1989).

These tracks are stripped down and raw, and I love them.

Released on the excellent Rough Trade label in 1978. I am not sure I can think of any bands that has had as many incarnations as Spizz (Spizz Oil, Spizz Energi, Atheltico Spizz 80, Spizzles, etc.). If you have heard of this band it 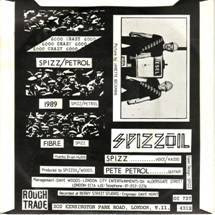 was most probably as Spizz Energi when they released the chart hit "Where's Captain Kirk".

6,000 crazy is their first single and one of my favorites. 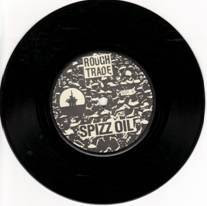 So ripped from glorious scratched vinyl (please note I have included a little cheat here, as 6,000 crazy was scratched a little too much I have also included a clean digital version from the very best of Spizz CD):

If you like this then buy this. It has some classics missing which I will post later, but its still a good snapshot of some of the excellent music that Spizz released.

I'm very pleased with this post. A few years ago I bought this single in London (Sister Ray for 2 pounds).
At home in Holland I discoverd they put a wrong single in the sleeve. Not too bad it was another excellent (4-track)single by Spizzoil named Cold City.

Glad to help anon. When I post Cold City you will have the cover for the single you actually got