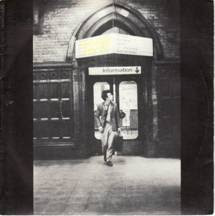 I promised some more 'Subway Sect' and here it is. Their classic second single, massively different from 'Nobody's Scared' (posted earlier).

It is hard to describe this, it could nearly be a 'pop' song but the guitar and vocals steer it away from being mainstream (Vic Goddard always appeared to avoid fame, just as something started to get popular, he would break it up and start again). This was 'single of the week' in 'Sounds' (see punk 77 link) 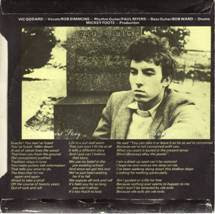 Goddard) so I'll leave it to you to decide. The Lyrics to the b-side 'Different Story' are on the back cover (as per usual high resolution scan included).

Ripped from glorious (played too much) scratched vinyl:

Hey Arstider, do you have every record I have posted so far?

Great. Thank you very much.

It was single of the week in ALL 3 major music weeklies... (Manager) Bernie Rhodes allegedly sped up the band's original recording, added the synths, & then released it c/o Rough Trade without telling them! Control freak or what? :)