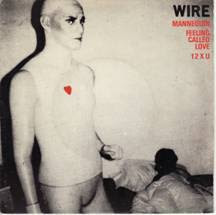 Wire, have and will always be one of my favorite bands. I am posting this, just in case there are some people who visit this blog that may not know how brilliant this band was.

This was their first single and it has one of the all time greatest punk b-sides ever "12XU". Short, fast and easy to sing along to - all the ingredients for a classic punk song.

I saw Wire a number of times , but one of the most memorable gigs was when they supported The Tubes at Hammersmith Odeon (Now the 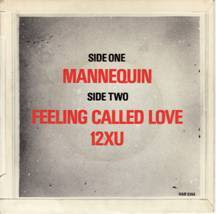 Apollo). Three of us went and we were sitting in the back row, upstairs. Wire were a small four man band in the middle of a giant stage and when they started the audience just sat there looking at them, and we jumping around and shouting out "12XU", everyone kept looking around at us, we were the only three people supporting them. I would love to know whether Wire could even hear us up there.

A trade mark of early Wire, was the length of their songs, their debut album Pink Flag had 21 tracks of which most of them were sub two minutes, and all brilliant. Bands as big as REM have covered some of their songs (REM covered "Strange"). Elastica's debut album (which I still rate) was also infamousley accused of copying Pink Flag.

If you haven't already got this then go and buy it now - It is a classic:

If you want to know what Wire were like live, then this is a good buy also:

Hi Chris, man you have been busy. Thanks for all of your comments. I am nearly envious of you, not hearing some of these old songs, as I can still remember hearing many of them for the first time. If you like this, then you have to buy "Pink Flag" it is an absolute classic, and one that should be in everyones collection.

Hey Peskypesky why'd you remove your comment, you were 100% right