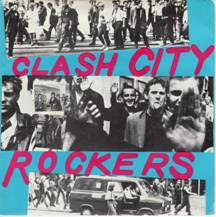 Just like the 'Sex Pistols' I was going to skip the Clash as everyone knows all of their songs. But then looking at some of
the classic b-sides they released I am sure only 'die hard' Clash
fans (Like me) would have purchased all of their singles and albums. The Clash released so many brilliant a and b-sides everyone should know them.

Choosing a Clash song is nearly impossible, but in the end I went for one of my all time faves 'Clash City Rockers' I can still remember the day I bought this and rushing home, the brilliant 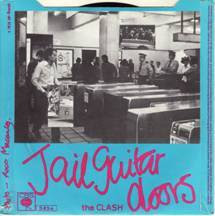 distinctive Clash guitar riff, and then 'Strummer's' even more distinctive vocals literally shouting out the lyrics, I still love it even today.

The b-side 'Jail Guitar Doors' is equally (well nearly) brilliant, and if you haven't heard it yet, you are in for a real treat.


One of the many good things about the Clash was that they released singles that were not on their albums, good for the fans, so if you want both of these tracks you will have to buy a greatest hits and a collection album:


or buy the, not too cheap, excellent singles box set:

Thank you so much for posting this single. I was wondering if you would mind posting any more Clash singles you might have. I have to say that your blog has opened me up to many new groups, and provided some rarities for ones I already love. Thanks so much.

Hi,thanks for your comment. I will be posting more Clash over time, so keep your eyes open.

is there a link for downloading this 7"??

Hi wilddevilman, I'm afraid not I removed all of the readily available stuff after getting hassled.