Adam and the Ants - Young Parisian 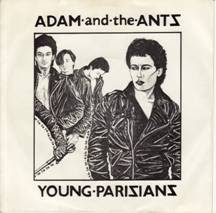 Many people may not realise that Adam and the Ants were originally a very cool band.
This was way before he went with the OTT Red Indian, pirate, highwayman, etc. rubbish.

His first offically published material was two tracks "Deutsher Girls" and "Plastic Surgery" on the soundtrack to Derek Jarmens Jubilee film (I will post these sometime).

It was sometime later in 1978 that Adam and the Ants released their first single "Young Parisians" on the Decca label. Both tracks are good, but for me the best track is the excellent b-side "Lady" 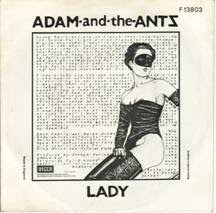 The lyrics for both tracks are on the back cover which I have included a high resolution scan so you can sing along.

I'm not sure this is available on any of the Adam and the Ants albums, so no recommendation this time.

So ripped from glorious scratched vinyl
Posted by garychching at 12:00